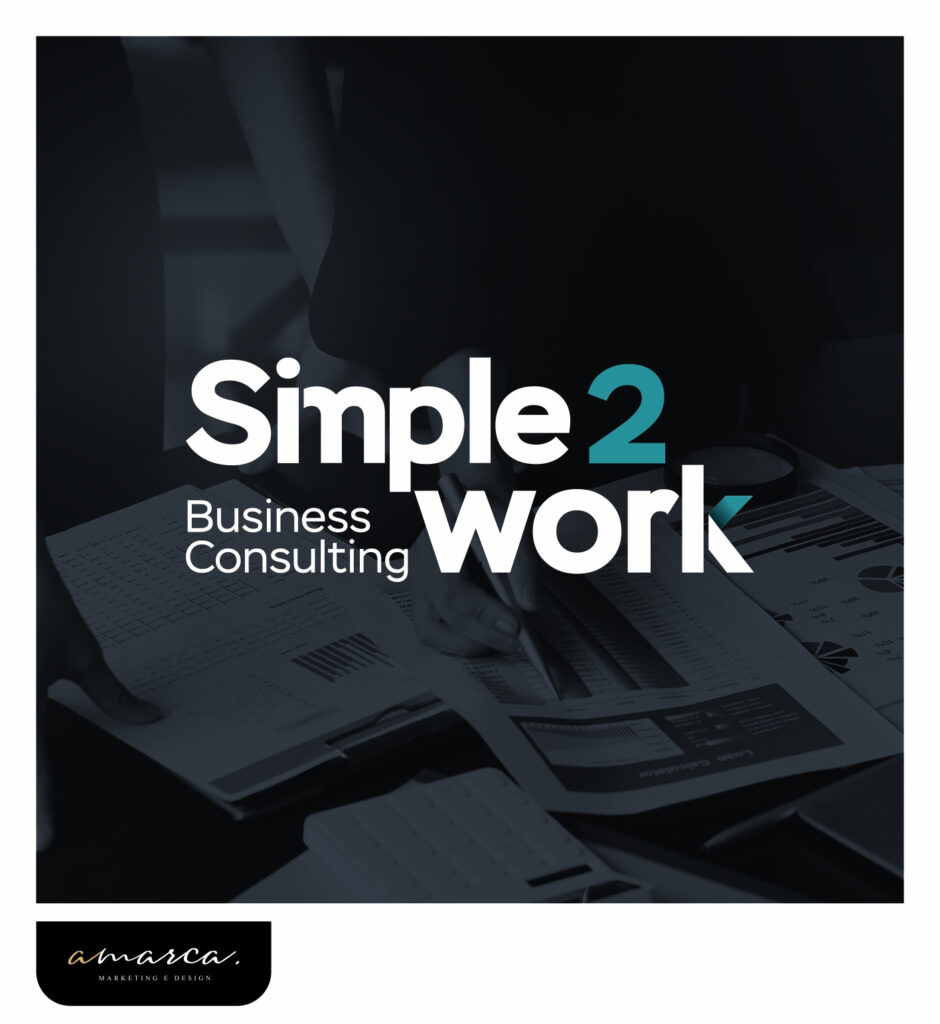 Simple2Work - The importance of simplifying brands

Simple2Work is a systems consulting company that provides personalized, unique and simplified services to its customers, allowing them to simplify processes and reduce costs, saving time and money.
Realizing that the brand's image was somewhat complex and is close to turning six years old, Filipa Ramos decided to change the logo design to reflect the company's essence.

At Amarca, we take design and logo design very seriously. When we start a redesign project, we don't want to damage the brand, and any background changes must be well thought out.

The elements that characterized this logo were the square with the arrow indicating growth, the Simple Work lettering and the tagline. It was thus evident, right from a first analysis and in agreement with the client, that it would be essential to simplify the image, reducing the number of elements by Simple2Work's concept: simplification.
Logo and due to the long name, we chose to eliminate the symbol. Otherwise, we would run the risk of keeping the problem that brought us to this redesign.

In terms of form, the link between i and m symbolizes the humanization and simplification of the company's work system. More than improving the processes themselves, Simple2Work seeks to improve people's relationships with them.

The use of the number 2 aims to protect the client's interests and seek a balance in communication and understanding between Simple2Work and its client.
Simple2Work grows with its clients, and the symbology that was in the logo must not be lost. Therefore, it is represented by applying colour, in gradient, at the tip of the letter K, demonstrating evolution and development.

The final result leaves us with a feeling of a modern, robust and minimalist brand, such as the Simple2Work team and the processes implemented in its clients' companies.

And what do you think about the result of the new Simple2Work logo?